Skip to Content
Jump straight to the recipe here (but you'll miss a lot of good info)!

Crock Pot Pork Chops are simple! Add a little cherry jam and balsamic to make them upscale and over-the-top delicious! 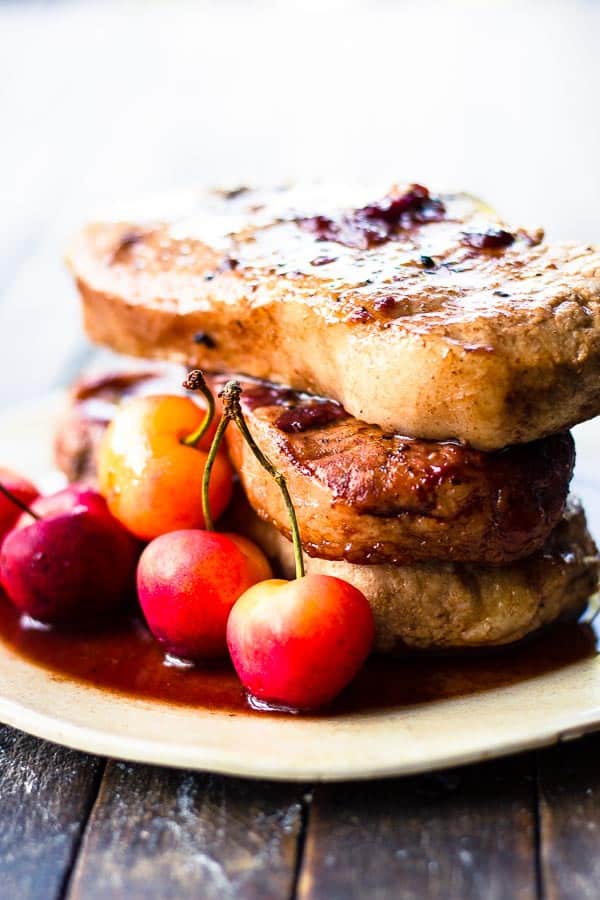 I did it. I’ve sworn for years that I had no need for one and now I’ve gone and done it. I’ve bought myself a crock pot. Good thing, too, because these crock pot pork chops were worth it all by themselves!

I owned a crock pot years ago then ended up giving it to my mom. It’s not that I didn’t see its value, but working from home means that I can braise and simmer and slow cook all day, without the need for an extra, bulky appliance. I’ve made these crock pot pork chops numerous times but I usually toss them in the oven on a low heat, no slow cooker involved. There’s nothing I can make in a crock pot that I can’t make on the stove or in the oven, and I enjoy the process. I’ve always thought of the major selling point of a crock pot as something to set before you leave the house and dinner is ready when you get home. And if I rarely leave my house, I didn’t think I needed one.

However, I’ve had so many requests for crock pot recipes that I decided it was time to pick one up again. I’m really glad I did, too, because crock pot recipe testing has been really fun! And what a bonus that I’ve teamed up with three other amazing food bloggers for a “Slow Cooker Week” with recipes from all of us. Guess what else? We’re also giving away a Cuisinart MSC-600 3-In-1 Cook Central 6-Quart Multi-Cooker: Slow Cooker, Brown/Saute, Steamer!! It’s the perfect appliance to try making crock pot pork chops!

Here are the other slow cooker recipes that you won’t want to miss. They all look AMAZING! You can also enter our crock pot giveaway below! 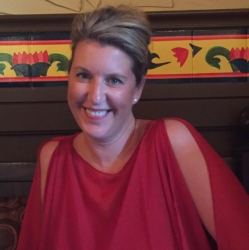 Kristy Bernardo
Kristy Bernardo is the recipe creator behind The Wicked Noodle. She's a five-time cookbook author, has taught cooking classes to both kids and adults, and has been creating recipes for nationwide brands since 2009. She learned most of her cooking skills from her mom and grandmother, then honed those skills at boot camp at the Culinary Institute of America.

Are these bone in or boneless chops?

Are these chops bone-in or boneless?

I love the sweet-and-vinegary combination of this sauce. With cherries so inexpensive at the moment, I might try it with pitted fresh cherries.

Fresh cherries are delicious in this, Laura!

Hi M, the recipe and contest entry is above in the post. Please let me know if you need further assistance and good luck! :)

Looks great! I wonder how it would taste with a splash of cherry liquor?

Ohhh...that would be delish! Especially if you deglazed the pan with it after searing the chops then added it in at the end. Let me know if you try it!